Naniloa has nice rooms, but after being on the mountain for a week we got so spoiled with the quietness that the tiled floors in the corridors were a horror. What a noise. 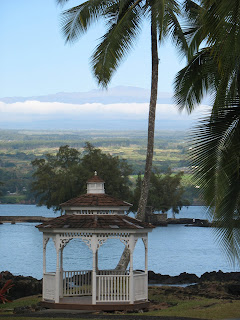 View from Mauna Kea from Naniloa. 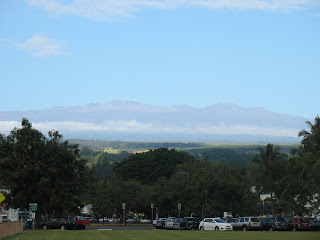 View of Mauna Kea from Hilo, with the beautiful telescopes on top.

We decided to go to the farmers' market in "down town" Hilo and get some fruit and rice to eat for breakfast, and we had breakfast in the park, while watching the surfers. It was nice and we were both glad not to eat restaurant food, but something fresh (especially me of course). 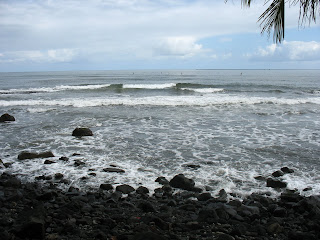 After watching the surfers for a bit we realized that we still had 1.5 hours left to do some more exploring and headed out to the Keana Cove. This was more a less a hole in the ground that stretched out in two directions, but without any lighting or anything. We alked around a bit and decided that we'd done enough exploring already and that hiking around in an unlit cave would probably not be a very good idea. 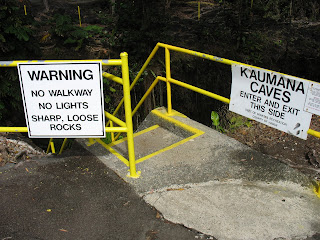 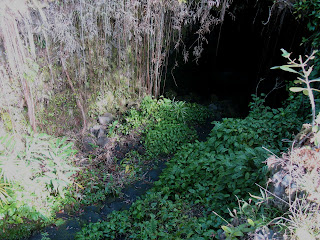 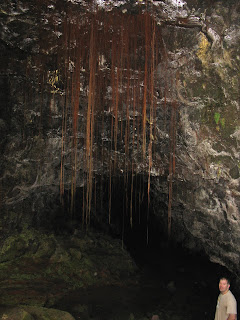 Next stop were the Rainbow Falls. Nice falls but not as impressive as expected. But at least we still got to see something of the island before heading out. 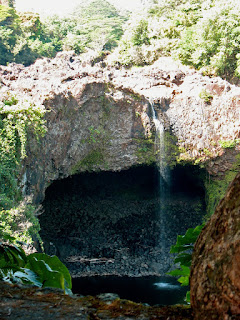 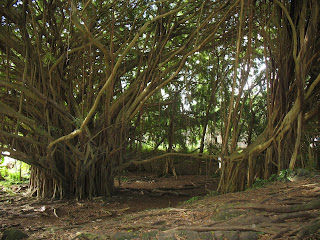 Getting home was more of a challenge than getting here, especially for Danny. He flew with United, who had canceled the Chicago-Dulles leg of the trip, but still let him fly out to Chicago. There he decided to fly to Newark and rent a car to get back home int ime for the superbowl. Delta had decided to put me on a completely different route altogether, so instead of leaving directly on Sunday, I got to stay in Honolulu with David. Lucky me, since I had decided earlier that I didn't have enough days to stay over and now I still got to see him for a whole day!

A evening hike on the beach, a very good Thai dinner, and a morning hike to the ridge of one the volcanoes. 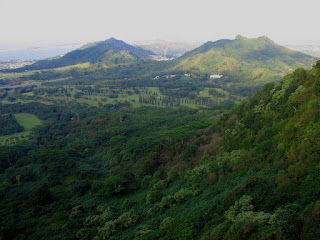 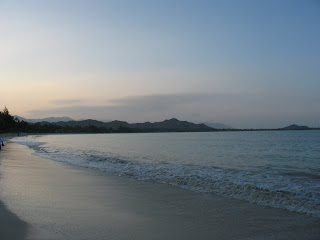