VAPoR is on it's way again to discover more of the world. This time the trip led us to Ny-Ålesund, Svalbard, Norway, were we participate in AMASE. AMASE is the Arctic Mars Analog Svalbard Expedition. To quote from the website, this is the reason for us to go there: "With a unique combination of volcanoes, hot springs and permafrost, the BVC on the Arctic islands of Svalbard is the only place on Earth with carbonate deposits identical to carbonates in the Martian meteorite ALH84001. As such, it provides a unique opportunity to study the interaction between water, rocks and primitive life forms in a Mars-like environment and is an ideal testing ground for instruments under development for future "Search for Life" missions to Mars (such as Mars Science Laboratory and ExoMars)."
VAPoR was originally designed for deployment on the moon, however, we are capable to detected all kinds of astrobiologically relevant stuff and Mars would be a good place to go as well.
This is the view from Lonyearbyen Airport. I arrived around 2PM and had to wait a few hours for the others to show up and the flight to Ny-Ålesund. 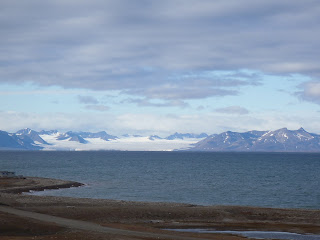 This is the town of Longyearbyen 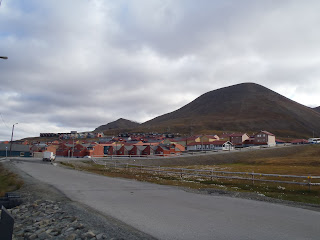 And it's worldfamous Svalbard museum that actually won the Council of Europe
Museum Prize 2008. 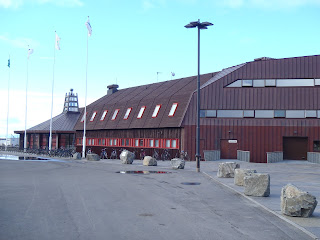 It is really worth a visit, even though our visit got cut short, because we had to head back to the airport for the last lag of the day - to Ny-Ålesund.
In this plane..... 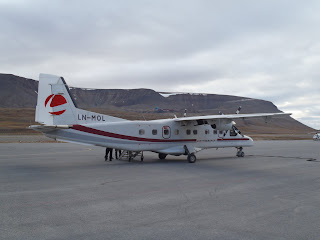 One seat left of the aisle, one seat right... Really my thing! 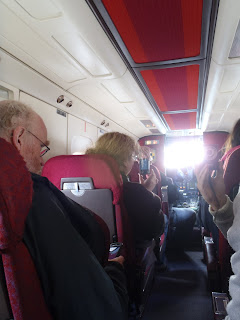 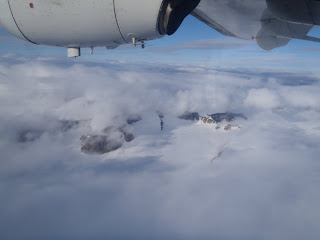 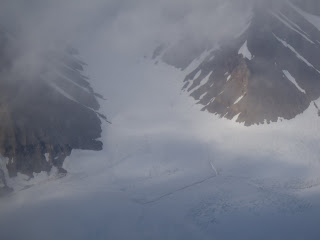 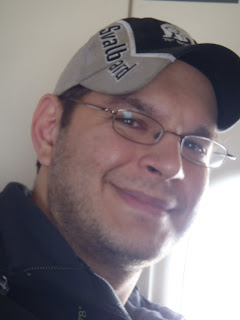 But the result was absolutely worth it. 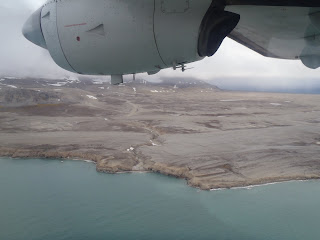 The town of Ny-Ålesund 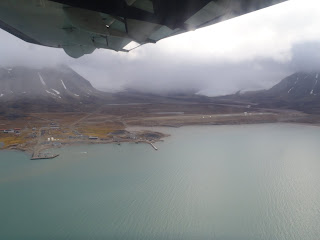 Where I stay in the yellow building in the right upper corner. 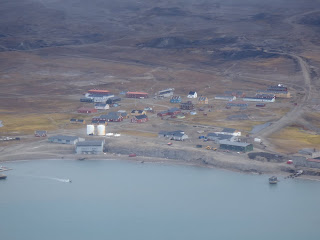 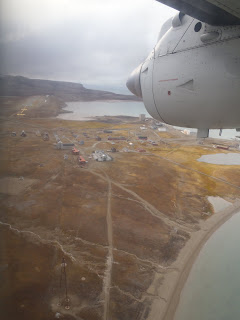 And for some first impressions, the (retired) Ny-Ålesund train 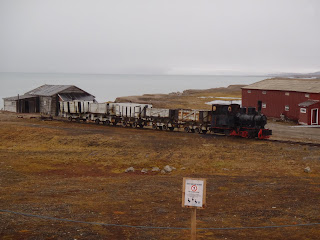 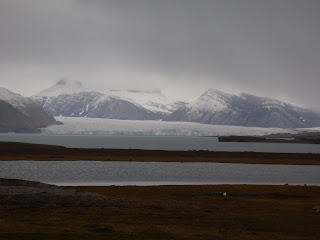